Loving People Through Their Expressions of Hurt

No matter how great our parents were, we will always carry around the hurts we experienced in our childhood. I’ve realised this from my own internal battles, feeling a compellingly vast amount of unidentifiable emotions that I could only imagine were there for a long time, brewing. It’s crazy how much our childhood experiences can scar us, forming schemas in our mind about how the world works and subsequent defence mechanisms that ultimately keep us in a prison of preparedness for the next hurt. 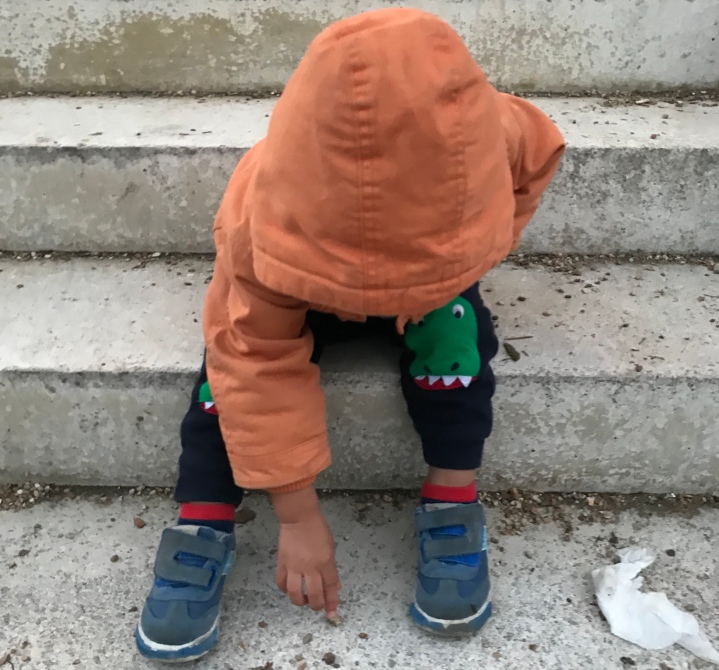 I had an amazing childhood yet I struggle a lot with feelings of inadequacy as well as find it really hard to communicate when I feel like I am not in control of the situation. Sometimes I lash out physically, sometimes I shout, sometimes I curse, sometimes I cry. When I think about it, that’s exactly what a child does, yet when a child does it we are embarrassed, we want to shut them up, we want to distract them from whatever made them act that way and we come to think we have a ‘badly behaved’ child. Yet we are guilty of worse. And every time we act out, it’s because when we were children someone, at some point, wanted us to shut up and shape up too.

The difficulty I feel in trying to communicate when I feel out of control and the knee-jerk aggressive responses I give to my child’s outbursts, make me think a lot about people who feel similar things but in a much bigger way. Dear I say it, like murderers; they are SO unable to communicate hurt, disappointment and anger that they actually react in such a disastrous way as to kill someone else. Rapists pound onto someone else to control them because they can’t communicate something terrible within them, some fear, some hurt, some tragedy. Young boys go into gangs and resort to violence because they can’t process or express or even recognise love, empathy, compassion and friendship. Bullies push people around because they have great frustrations welling up in them that manifest physically, they just don’t have the words, they just can’t slow down and breathe enough to express themselves properly.

I’ve always been interested in what I call the equation of crime — what leads people to become ‘bad’ criminals. I see it now, at least part of the equation. There are different levels of ‘bad’ yet they all share something heartbreakingly similar — those moments in a child’s life when their outbursts of utterly confusing emotions, the communication of their basic needs gone wrong due to the lack of words or experience in the world, were ignored, diverted, reacted to aggressively, shunned or that lead to rejection from the very people he/she needed the most.

And even when it’s glaringly obvious that the children, heck even the adults, around us are acting out because of a great need for something essential to their being, we are bombarded with articles and opinions stating the contrary and we become misled again.

I believe in my heart that my children will grow up to be great citizens but I recognised this doesn’t come by means of good genes or luck, it comes from a whole new level of compassion and empathy and understanding that no outburst EVER in history, no matter how horrific the outcome, was isolated from some broken, hurting place within the deepest corners of the person having that outburst.

As a result of this we must come to believe that no tantrum, no tears, no pain is without meaning, and we must do everything we can, especially as parents, to listen, to be there, to be gentle and supportive, to get to the root of the hurt, the stay close and love calmly until the tantrum is over, until our children and the children around us have been able to communicate every ounce of their frustrations and fear and hurts and until they are better able to face the harsh world, having been able to process how they felt in a non-violent way and having not been rejected for it but supported through it.

This blog is already long enough but imagine if we had that mentality for the most ‘badly behaved’ criminals in our society? What if we found a way to love them through the expression of their pain? Imagine if you caught a man before he acted to murder someone, and let him sob in your arms?

Change is never infeasible. All it takes is this: next time your child acts out, no matter how badly, love them through it, don’t distract them from their emotion, allow them to feel, acknowledge their feelings, don’t retract any love, instead give them more, believe in their goodness, and walk with them on this journey called life.

As parents we will never do everything right but love wins, every time! Love will always right the wrong.

Be strong mums and dads! Our children have a whole lot of goodness to give to the world. Let’s them get there :)

As usual, please share your opinion or experience in the comments below.

Dig in the archives…